Sharks face serious threats all over the world, with some species pushed almost to the brink of extinction.

That is true of other animals too though, including land animals and other marine animals.

The IUCN (International Union for Conservation of Nature) lists the following animals as ‘vulnerable’ on its Red List of Threatened Species. Note that some of these assessments have not been updated recently, and the data may be seriously out of date, but nevertheless among the many species listed as vulnerable are:

When a shark fisherman/woman puts a baited hook into the water, he or she may be targeting a particular species of shark, but it is still possible to hook a different species that lives in the same habitat.

That is different to going hunting on land, where, when you look down the barrel of your rifle, you can see exactly what animal you’re aiming at.

So there is a clear degree of randomness to fishing that doesn’t exist when hunting on land, and when sharks are hooked and killed, regardless of the species and how threatened it might be, little is said.

In fact, there are still shark fishing contests held in Canada and the United States, where a variety of species, some vulnerable or perhaps even more threatened, might be hooked and landed. Yet such competitions are often seen as harmless fun.

As a contrast, it is interesting to consider what the land-based equivalent would be.

It would be something like going out into the African outback where vulnerable giraffes, lions, and elephants might all be found alongside less or more threatened species, and shooting randomly into the bush.

Like in shark competitions where the winner is the one who lands the biggest shark, the winner there would be the one who had killed the biggest local animal with their random shooting, regardless whether it was a vulnerable elephant, lion, giraffe, or anything else.

Obviously a competition of random, indiscriminate killing of that kind on land would cause instant international outrage and condemnation, and it would do so among a wide range of people, including hunters. Yet outside of shark experts or groups with animal rights and conservation awareness, equally vulnerable sharks being killed randomly and for nothing more than sport and pleasure hardly generates concern at all.

Here is another example of attitudes differing, depending upon the animals involved.

There was a recent real-life example of a polar bear, also a species listed as vulnerable, being shot and killed by cruise ship guards when the cruise ship had entered arctic waters.

Although the guards said it was in self-defence because the bear had attacked them, there was wide-ranging international criticism, both for the killing and for entering into habitats for pleasure where threatened animals lived (to say nothing of killing them while there!)

The incident caused internationally known comedian Ricky Gervais to tweet scornfully: “’Let’s get too close to a polar bear in its natural environment and then kill it if it gets too close’. Morons.” 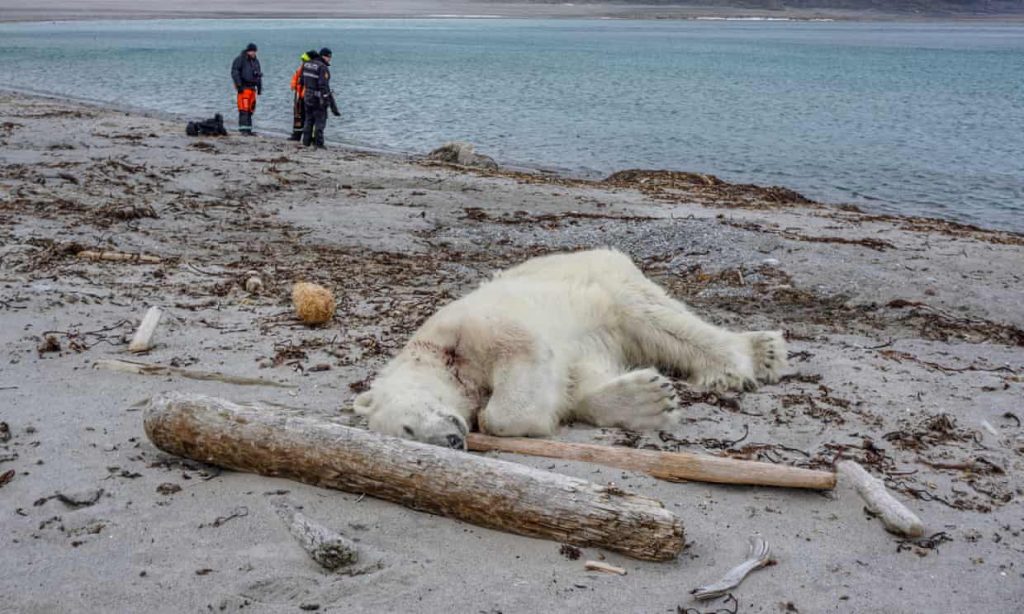 Yet when a shark is hooked and killed for nothing but sport, even mako shark also classed as “vulnerable”, it is reported as an exciting and admiring piece of news. This is from the Guardian:

…The owner of the boat, Dave Bender, told Patch.com Gerrity had “waited 35 years for today’s moment…Kevin’s passion and persistence has paid off today for a fish of a lifetime.”

According to the International Game Fish Association, the biggest shortfin mako ever caught was landed off the coast of Massachusetts in 2001, and weighed 1,221lbs. 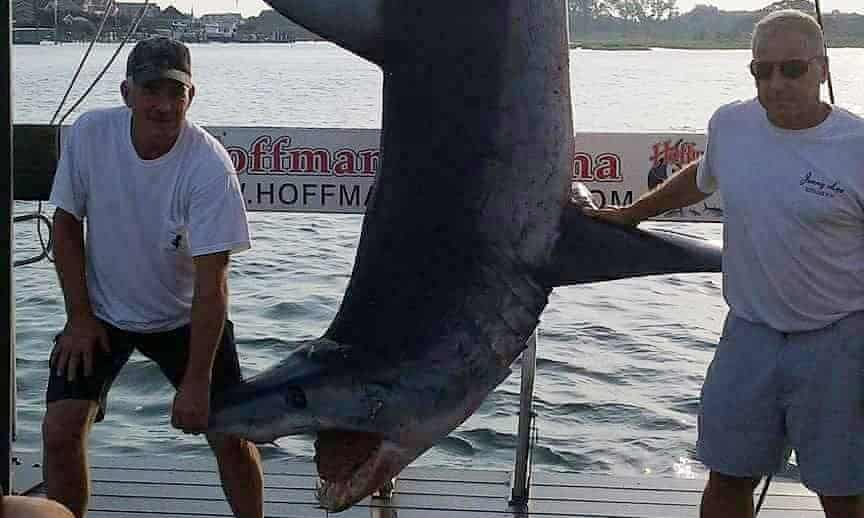 [A boy] poses for a photo with the largest shark caught at the Louisbourg “Mako My Day” Shark Derby since it started 7 years ago. The shark, 9’3″ and about 180 lbs was caught by Brad Bussey. 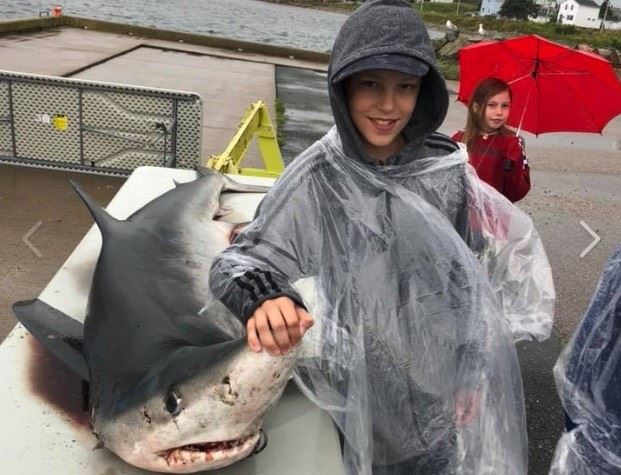 The contrast is immediately clear: we still seem to react with much less concern, in fact with interest and admiration, to the killing of sharks, whereas the situation is entirely different with other animals–even though species from both groups may be facing equivalent levels of threat in their natural habitats.

Again, why is that?

The answers may be complex. Nevertheless, it is a fascinating and vitally important question to consider for anyone interested in shark conservation and raising awareness about sharks and the many threats they face.