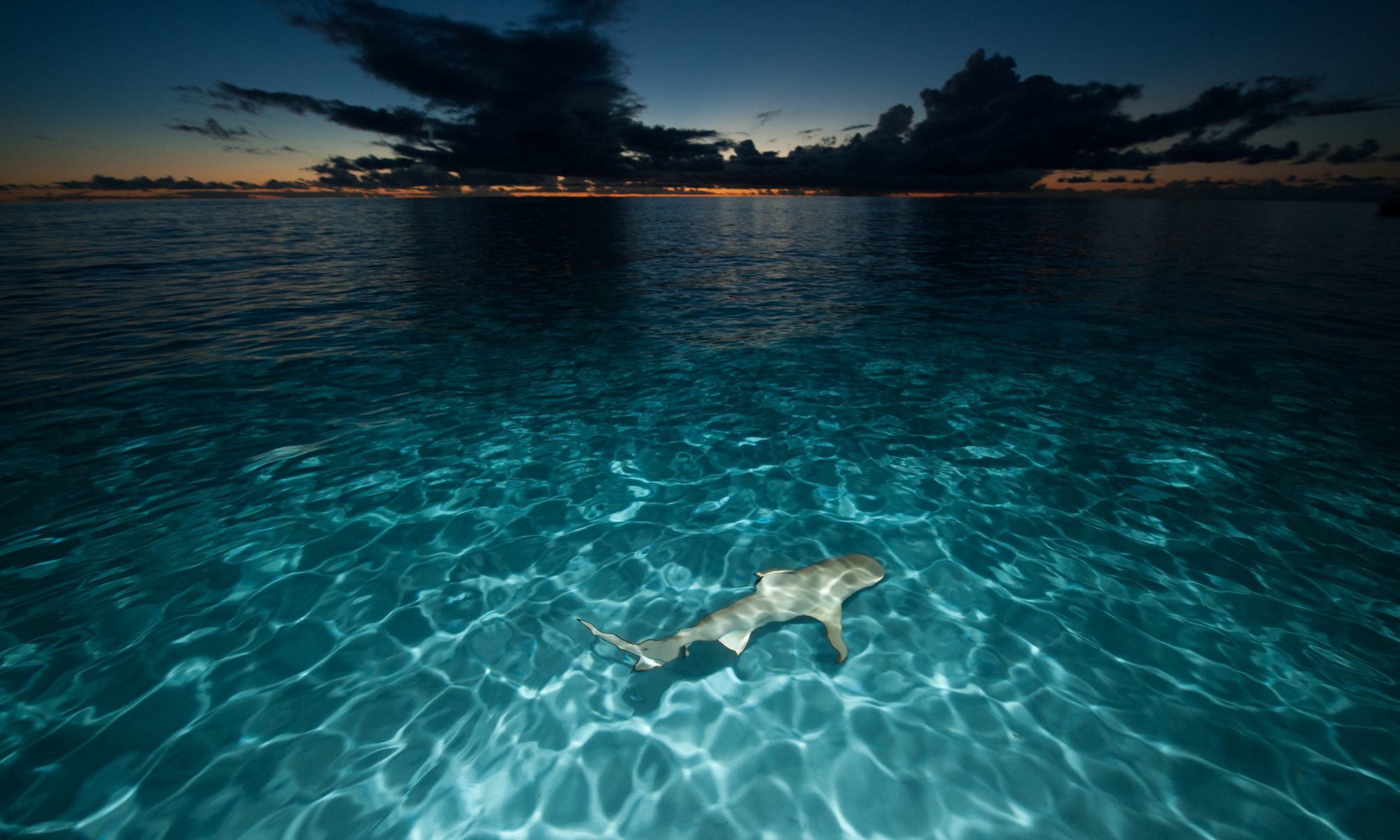 Sarah Geron created this project after learning that Italy, the country where she was born, was heavily involved in the demand for shortfin mako sharks, which are under serious threat.

Sarah is a school student who has been involved with marine conservation through the Save Our Seas foundation her whole life. She started scuba diving at the age of eight, and she has been fascinated by, and concerned about, the other world that exists on our Earth since then. She has been a certified PADI diver since the age of 11, and has been taught about the sea and its ecosystems by Dr Chris Clarke, and through direct experience with Save Our Seas.

Sarah coordinates and manages this project with the help of the rest of the team.

John is an educator based in London. He is deeply sensitive about the impact humans have on the environment, and interested in ways of managing the balance between human needs and the health of the planet. As a scuba diver, he has a particular interest in the health of the oceans. His educational background includes the University of Pennsylvania and Harvard University in the USA, as well as Oxford and Cambridge universities in the UK.

Dr. Chris Clarke became passionate about the marine environment in his early teens, which drove him to become a certified diver at the age of 14. He secured an honours degree in Oceanography at Southampton University and become a marine research scientist for London University. During his time at University he became a Yacht Master, First Class Diver, Master Scuba Diver and Dive Instructor for BSAC, PADI and TDI.

In 1995 Dr. Clarke joined a private diving operation in the Red Sea to research and coordinate global diving expeditions. It was during these expeditions that Dr. Clarke helped establish the Save Our Seas Foundation, becoming the Executive Director in 2003. After 7 years as Director he established over 150 Marine projects in 40 countries, and produced numerous High Definition documentaries and helped publish over 50 educational books. In 2010 Dr. Clarke left SOSF to focus on shark research and the Founders diving operations. In 2014 he received a PhD for his cutting edge work on shark migration and behavior contributing to the design of sustainable marine protected areas. He continues to work along side leading scientists to create and develop a managed marine protected area in the Indian Ocean. He is proud to be involved with Save Our Sharks to highlight the many threats facing sharks internationally and what everyone can do to help.

James developed his fascination for sharks at a young age and it sparked his ambition to explore the oceans. He has been scuba diving for almost 20 years in search of shark encounters and has been humbled to share the waters with numerous shark species. Keen to learn as much as he could about their behaviour and ecology, James volunteered as a shark researcher at the Bimini Biological Field Station, after gaining a first-class honours degree in Biological Sciences from the University of Oxford. In Bimini James cut his teeth catching, tagging and tracking sharks, and working with them so closely consolidated his passion and further motivated him to fight for shark conservation.

James then moved to work for the Founder of the Save Our Seas Foundation as a research officer, managing a variety of shark research projects around the world. James’ primary focus is a comprehensive tagging programme tracking almost 200 sharks of 7 different species in Seychelles, aiming to determine the factors driving their movement behaviour and use this to inform effective conservation strategies. James’ research has helped contribute to the design of marine protected areas and revealed previously unknown open ocean migrations of tiger and bull sharks, highlighting the challenge of managing shark populations that span ocean basins. James has completed a PhD in Marine Biology at the University of Plymouth and is now part of the Evolutionary Ecology Group at the University of Cambridge. He is also a keen, prize-winning amateur photographer. James fully realises the importance of actively promoting awareness of shark conservation issues, so he is particularly excited to be part of the Save Our Sharks team to help ensure that we can live alongside sharks for generations to come.

Byron Dilkes is a multiple international-award-winning underwater photographer. Hailing from Cape Town, South Africa, Byron has been working in the photography industry since the age of 15 and has contributed images and articles to a number of South African and international magazines and websites. While working part-time as an adventure and extreme sports photographer, Byron took his love for the ocean to the next level by studying Microbiology and Marine Biology at the University of Cape Town. After completing his Bsc Hons in Marine Science, Byron combined his academic background with his love for documenting the natural world, and joined a private dive operation based around producing high-end photo and video productions as well as shark research. Byron has been involved in the Save Our Seas Seychelles shark research program and is a regular contributor to the Save Our Seas Foundation website and magazines.

Byron currently manages the media department of a private dive operation and uses this as a platform to shed light on marine environmental issues by documenting and sharing underwater scenes that many would otherwise never get to see.